We peel off into groups and list off answers. Most don't know a whole lot (some nothing at all). We mention some of the social dimensions of health issues – who gets pensions, for example, and how much. Then there's the gendered focus, with men and women having very particular experiences of the war. Some talk about whether or not there's respect for veterans, and if it comes from above or below. Then there's the issue of cultural capital, whether or not the veterans are used by different groups for different interests. Or if their military experience has been used in new conflicts, like we've seen on either side of the Donbas war.

It goes without saying, of course, that he's referring to the Soviet invasion of Afghanistan in the 80's. It seems like a bit of a gear-shift in our lectures, as we've been mostly focusing on WWII (called the Great Patriotic War in the former USSR) and issues of memory. But, he claims, there's still very much a link.

One of the big questions for folks invested in this very thing of war memory has been: who will become the new custodians of the great victory? The last veterans from WWII are slowly (or not so slowly) passing away. How is that going to change the way we remember? How will memory be held/produced once all the literal witnesses are gone? Will there be another group of people who can take up the baton?

And it's not just veteran deaths that are changing the way the war's remembered: the Ukrainian revolution in 2014 has unearthed a lot of unfortunate ghosts. And so people have been trying to find or consolidate other ways of remembering, and Felix makes the case that the Afghantsy (as the veterans of the Afghan war are referred to) have been subjects of a few attempts. The case of Afghantsy in Belarus is particularly interesting.

A bit of background on the war itself: from the beginning it had a number of narratives propping it up, like how it was about the 'internationalist duty' to help a neighbouring country arrive at a sustainable, socialist peace. It was about being invited to assist a developing nation develop. It was about securing the southern border. The language was very different from that of the Great Patriotic War (it was seen as the defense of an invaded motherland), but what linked both was this idea of heroism. Back then, being recognized as a hero (and sometimes even now) was seen as one of the highest honours you could have as a person. Specifically as a man.

But things didn't turn out as planned. In a curiously familiar way, the 'civilizing' army marched into Afghanistan and got mired down for the better part of a decade. The soldiers who were sent over weren't always (or even often) professional fighters so much as kids on obligatory military service. They weren't prepared, in some cases they didn't even want to be shipped there, but they ended up having to spend two years fighting in the mountains for a war that was increasingly hushed up before becoming a major scandal back home. And one source of this scandal was a Belarusian woman named Svetlana Alexievich.

Alexievich was a journalist who was increasingly drawn to collecting volumes of what she called documentary literature. Think a novel-sized volume almost exclusively made up of interviews (the degree to which they were edited is hotly contested). One of her books was called "Boys in Zinc" and it drew from her conversations with returned Afghantsy and the mothers of the dead. She has since won the Nobel Prize for Literature (2015, I think) and, as I read the book last fall, had a big impact on me personally.

INTERLUDE
Excerpts from Svetlana Aleksievich's classic report of horror from the Soviet-Afghan war.
Read the story
It was published bit by bit in a Soviet newspaper and, as mentioned earlier, caused a huge scandal – looking back now, Felix says it was even surprising how much of a displacing force it was. It wasn't that people hadn't already started questioning the official narrative, but Alexievich's chapters were quite damning (less of the soldiers themselves than of the state sending them over). He describes it as the first real, public engagement with the war, and she asked the major questions we're asking in this summer school: what is heroism? What doe sit mean to fight? What kind of glory exists for people caught in a quagmire? And how can they be used afterwards?

So, Felix asks us, how did people remember the Afghan war in the former Soviet countries, and in what ways might it have been impacted by the wider cultural task of remembering the Great Patriotic War?

The Afghantsy, as well as the forces that politicized them, faced another crisis when the soldiers returned home: the fall of the Soviet Union. While veterans of the Great Victory in 1945 were celebrated on the streets, the Afghantsy were isolated members in a society that found itself being politically disintegrated. They found themselves citizens of countries that didn't technically start the war and ended up having fought for a nation that had ceased to exist.

The cultural traumas of the 90's followed that, with economic crisis, civil wars and political maneouvering – the task of contextualizing the Afghantsy was nearly impossible without help from the new political powers. And said powers were likely to use them in seeking their own interests. Felix mentions two interesting examples that, like Alexievich's book, came out of Belarus.

One of them is a monument complex called the Island of Tears, and it was built right in the middle of Minsk (the Belarusian capital – some say that it was partially meant to be a kind of revenge on Alexievich, but this is a bit gossipy). There was a chapel in the middle with various statues and fountains around it, and the initiative to create it didn't some from the gov't itself. It was originally the work of an initiative formed by mothers of fallen soldiers in the late 80's.

In a story that probably deserves it's own story, these mothers managed to gather enough support (and symbolic capital) to push Lukashenko, the President of Belarus since '94, to launch its construction. And so, in the first year of his regime, he signed off on the complex and gave the mothers a place to mourn their sons.

But obviously it wasn't as simple as that. While the mothers may have been comforted by a space that expressed their grief, the architects used the memorials as another way to express a new Belarusian identity, distinct from that of the USSR. Which is strange, as the whole war effort was a Soviet project from the start. But by having things written in the Belarusian language (often dominated by Russian in domestic/international politics) and using an inclusive religious language (that invited use by Belarusian Catholic and Orthodox believers), Lukashenko effectively took a moment of Soviet shame and converted it, using language/architecture straight from WWII, to a pagent of Belarusian glory.
Tangent: The statues themselves are also interesting. There are 14 female saints present (all of whom recognized by eastern and western churches), and almost no representation of men at all. The names of fallen Belarusian soldiers are mentioned, but the focus is squarely on feminine figures of mourning. The one male is an angel in the form of a young boy, made (unusually for the time) to represent the deaths from psychological injuries. These days, the island is popular for wedding photos. Brides are encouraged to touch the angel's penis. Because fertility. 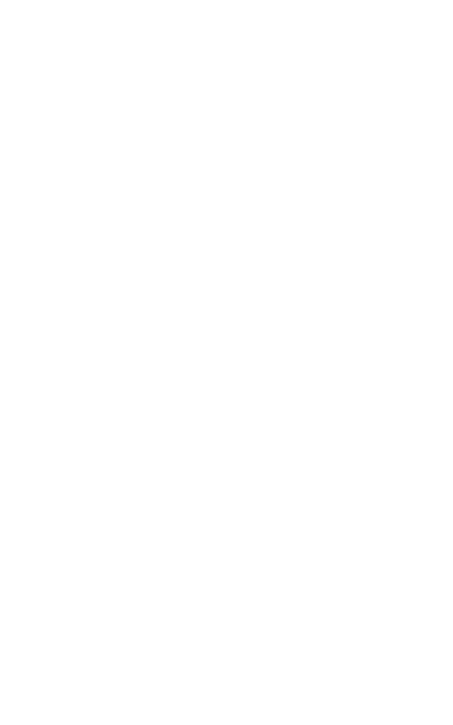 The second example was much more explicit: the Linija Stalina (Stalin Line). This was an initiative made by Afghantsy themselves (or at least one powerful Afghantsy). Opened in 2006 just 20km from Minsk, the site basically amounts to a WWII-themed attraction park. The theme is ostensibly the defensive line that Stalin arranged to protect the Soviet Union against the Nazi invaders, and the park is littered with tanks, heavy machinery and other legacies of the war. And the guides? Afghantsy, in uniforms associated with that particular war (there was a fur coat that, because of its being brought back from the front line, was called an 'afghanka').

This effectively gave a job and a role to the Afghantsy again – they were involved in the planning, design and execution of the project, and, since one particularly powerful connection gave them the ear of Lukashenko, they were able to turn it into a national project. While commemoration of the second world war was the visible goal (one that differs from Russia's usually-solemn traditions of remembrance), there was another perk: it positioned Afghan veterans to take over the tradition of victory. It has since become a part of the school curriculum and kids from all over Belarus are bused over to learn about their history.

Which is a bit of a problem, because the Linija Stalina is somewhat of a factual error. There wasn't any defensive line built on the border, because that would have taken quite some time and Stalin was too busy making deals with Hitler to annex parts of Poland to Belarus in the Ribbentrop-Molotov pact.

But, Felix reminds us, these are but trifles. Glory and pride were reintroduced as key works for patriotic youth education, and values such as brotherhood, loyalty and heroism are drawn from the Great Victory through the Afghantsy to schoolkids everywhere. And, in a nice twist, Comrade Stalin's communist vision is given a capitalist, neoliberal twist: the parents themselves foot the bill. Tickets need money, and good luck getting your child not to come.
Previous
Understanding Violence and War II
Next
Museums and Memory Politics