Company
INTERLUDE
Boys In Zinc
Excerpts from Svetlana Aleksievich's classic report
of shock and horror from the Soviet-Afghan war.
Reading Boys in Zinc, a collection of war testimonies gathered by Svetlana Alexievich (winner of the Nobel Prize for Literature a few years ago), is not recreational. Think oral histories from Soviet soldiers who were in Afghanistan, as well as from the mothers of the dead -- I can only read one or two excerpts a day. It's a powerful example of what literature as witness could amount to, and these stories play deeply into the final Soviet period and the early years after.

The excerpts can speak for themselves. 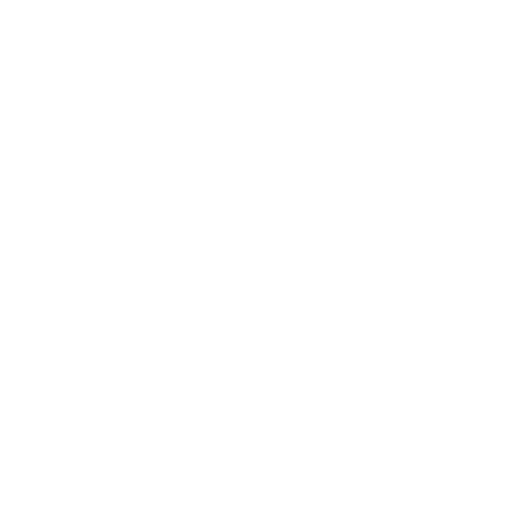 Svetlana Aleksievich. Her documentary approach to literature,
particularly in how it blurs interviews with composite figures, has attracted controversy.
There was a filthy box standing outside with 'Senior Lieutenant Dovnar' scrawled on it in chalk. I tore a board away from where the window should be in a coffin. His face was in one piece, but he was lying in there unshaven, and nobody had washed him. The coffin was too small and there was a bad smell. I couldn't lean down to kiss him. That's how they gave my husband back to me. I got down on my knees before what had once been the dearest thing in the world to me.
I had no idea how to kill. Before the army I was a racing cyclist. I'd never so much as seen a real knife fight, and here I was, driving along on the back of an armoured personnel carrier. I hadn't felt like this before: powerful, strong and secure. The hills suddenly looked low, the irrigation ditches small, the trees few and far between. After half an hour I was so relaxed I felt like a tourist, taking a look at a foreign country.

We drove over a ditch on a little clay bridge: I remember being amazed it could take the weight of several tons of metal. Suddenly there was an explosion and the APC in front had got a direct hit from a grenade launcher. Men I knew were already being carried away, like stuffed animals with their arms dangling. I couldn't make sense of this new, frightening world. We sent all our mortars into where the firing had come from, several mortars to every homestead. After the battle we scraped our own guys off the armour plate with spoons. There weren't any identification discs for fatalities; I suppose they thought they might fall into the wrong hands. It was like in the song: We don't live in a house on a street, Our address is the USSR. So we just spread a tarpaulin over the bodies, a 'communal grave'. War hadn't even been declared; we were fighting a war that did not exist.
Sasha used to tease me. 'Why don't you get married, Mum?'

'Because you'd be jealous.'

He'd laugh and say nothing. We were going to live together for a long, long time to come.

I got a few more letters and then there was silence, such a long silence I wrote to the commander of his unit. Straight away Sasha wrote back to me, 'Mum, please don't write to the commander again. I couldn't write to you. I got my hand stung by a wasp. I didn't want to ask someone else to write, because you'd have been worried by the different handwriting.' I knew immediately that he had been wounded, and now if even a day went by without a letter from him my legs would give way under me. One of his letters was very cheerful. 'Hurray, hurray! We escorted a column back to the Union. We went with them as far as the frontier. They wouldn't let us go any further, but at least we got a distant look at our homeland. It's the best country in the world.' In his last letter he wrote, 'If I last the summer, I'll be back.'

On 29 August I decided summer was over. I bought Sasha a new suit and a pair of shoes, which are still in the wardrobe now. The next day, before I went to work I took off my ear-rings and my ring. For some reason I couldn't bear to wear them. That was the day on which he was killed.
They told us it was a just war. We were helping the Afghan people to put an end to feudalism and build a socialist society. Somehow they didn't get round to mentioning that our men were being killed. For the whole of the first month I was there they just dumped the amputated arms and legs of our soldiers and officers, even their bodies, right next to the tents. It was something I would hardly have believed if I had seen it in films about the Civil War. There were no zinc coffins then: they hadn't got round to manufacturing them.

Twice a week we had political indoctrination. They went on about our sacred duty, and how the border must be inviolable. Our superior ordered us to inform on every wounded soldier, every patient. It was called monitoring the state of morale: the army must be healthy! We weren't to feel compassion. But we did feel compassion: it was the only thing that held everything together.
We were advancing on Jalalabad and a little girl of about seven years old was standing by the roadside. Her arm had been smashed and was held on only by a thread, as if she were a torn rag doll. She had dark eyes like olives, and they were fixed on me. I jumped down from the vehicle to take her in my arms and carry her to our nurses, but she sprang back terrified and screaming like a small animal. Still screaming she ran away, her little arm dangling and looking as though it would come off completely. I ran after her shouting, caught up with her and pressed her to me, stroking her. She was biting and scratching, trembling all over, as if some wild animal had seized her. It was only then that the thought struck me like a thunderbolt: she didn't believe I wanted to help her; she thought I wanted to kill her. The way she ran away, the way she shuddered, how afraid she was of me are things I'll never forget.

I had set out for Afghanistan with idealism blazing in my eyes. I had been told that the Afghans needed me, and I believed it. While I was there I never dreamed about the war, but now every night I am back running after that little girl with her olive eyes, and her little arm dangling as if it's going to fall off any moment.
The war had its own ghastly rules: if you were photographed or if you shaved before a battle, you were dead. It was always the blue-eyed heroes who were the first to be killed: you'd meet one of those types and before you knew it, he was dead. People mostly got killed either in their first months when they were too curious, or towards the end when they'd lost their sense of caution and become stupid. At night you'd forget where you were, who you were, what you were doing there. No one could sleep during the last six or eight weeks before they went home.

Here in the Union we are like brothers. A young guy going down the street on crutches with a shiny medal can only be one of us. You might only sit down on a bench and smoke a cigarette together, but you feel as if you've been talking to each other the whole day.

The authorities want to use us to clamp down on organized crime. If there is any trouble to be broken up, the police send for 'the Afghans'. As far as they are concerned we are guys with big fists and small brains who nobody likes. But surely if your hand hurts you don't put it in the fire, you look after it until it gets better.
I was twenty-four when he died. In those first months I would have married any man who wanted me. I didn't know what to do. Life was going on all around me the same as before. One person was building a dacha, one was buying a car; someone had got a new flat and needed a carpet or a hotplate for the kitchen. In the last war everybody was grief stricken, the whole country. Everybody had lost someone, and they knew what they had lost them for. All the women cried together. There are a hundred people in the catering college where I work and I am the only one who lost her husband in a war the rest of them have only read about in the newspapers. When I first heard them saying on television that the war in Afghanistan had been a national disgrace, I wanted to break the screen. I lost my husband for a second time that day.
One night I was asleep when my telephone rang.

'Listen,' he began, without identifying himself, 'I've read your garbage. If you so much as print another word… '

'One of the guys you're writing about. God, I hate pacifists! Have you ever been up a mountain in full marching kit? Been in an armoured personnel carrier when the temperature's seventy centigrade? Like hell you have. Fuck off! It's ours! It's got sod all to do with you.'

I asked him again who he was.

'Leave it out, will you! My best friend–like a brother he was–and I brought him back from a raid in a cellophane bag. He'd been flayed, his head had been severed, his arms, his legs, his dick all cut off … He could have written about it, but you can't. The truth was in that cellophane sack. Fuck the lot of you!' He hung up; the sound in the receiver was like an explosion.

He might have been my most important witness.
Previous
Understanding War and Violence II
Next
Museums and Memory Politics