A native of East Ukraine tells his story.
Can dialogue help when families are divided by conflict?
Evgeny Burlaka was part of a five-person delegation from Ukraine to the Nansen Center for Peace and Dialogue (NCPD) summer school in 2018. He was one of two participants to be from the Donetsk region (much of which is currently controlled by the separatist Donetsk People's Republic).

While at a party hosted by Steinar Bryn, Evgeny
expressed a desire to tell his story. We sat down for an interview during the final evening of the summer school.
You collect stories? I've got a story for you.

In 2013 I went to Cyprus to volunteer for a year – that was when the Euromaidan was beginning. The protests went on into 2014, when the revolution really started. I am from Donetsk region in East Ukraine, where the conflict is happening – I live in a small town near Slavyansk. You remember this town, yes? There was too much fighting there. My dad was involved in these things. He served in Afghanistan back in the Soviet Union – he had his own gun, an AK-47. He normally used it for hunting. He was also a businessman, and when you do business in Ukraine you sometimes need to keep a gun in your car.

Back when the protests started in our town the mayor asked my dad to help. He was known as a crazy guy from Afghanistan who knew how to act in a situation like this. There were people robbing the supermarket, targeting the big money trucks bringing cash for ATMs or for pensions. He helped clean the town up. This eventually led, when the fighting really started, to him ending up on the pro-Russian side.

My brother, though, served in the Ukrainian army. My family was, and still is, split.

There are three of us siblings: I have a younger sister, and my older brother the soldier. So you know, whole families are affected. Fighting on different sides. I tried to stay in Cyprus and found a job for another year, but in 2015 I couldn't renew my visa and had to come back to Ukraine. I'm not an EU citizen. It's difficult. So I returned to what was my old city. 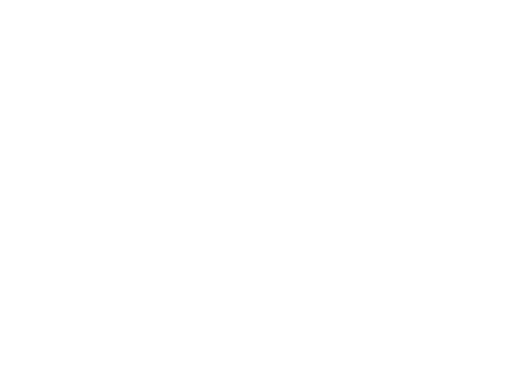 Location of Slavyansk in East Ukraine.
Note proximity to Donetsk and Luhansk, twin centers of separatist activity.
We were in business once, real estate, and the old properties were there when I came back. But my family was gone. My father had to flee to Russia and they call him a terrorist now. Neither he or my brother fight anymore, that was just from 2014-15. I couldn't do anything with the properties, though, or sell our cars because they could have been taken by the state at any second. Because my dad was under investigation. I had some money saved from Cyprus and I sent him all my savings because things were complicated where he was living then.

What can I say? He started by protecting money – public money. For pensioners, or teachers' and doctors' salaries. He could have taken it and run away to Russia but he didn't. He has no money now. When the Ukrainian army came he even said he could take them into our town but nothing happened because they didn't have the orders. Then, when they eventually rolled in, they took the town and the major started telling stories and my father had to run. He didn't kill anyone – I don't think so. I don't think my brother killed anyone either. I hope not. He just wanted to prove something to my dad.

So you see, when were asking each other questions and I said I had a split opinion, now you understand. You saw how I spoke, how I spoke about both sides. I see both sides, and this was important when I become a humanitarian worker. But that's another story, ha.

We talk here about being neutral and for me it's not just a skill: it comes from dealing with family. You could say it's natural now. I don't talk about this very much. I don't talk much at all, you see. It can be strange. I don't want to be misunderstood.

Back in business I didn't talk politics because everyone had their own point of view. And before the war we had everything: business, a sustainable way of life. And when I came back it wasn't like going home. I twas like going to a new country with nothing. Maybe like you, going to Russia? But I came back to my country with nothing. Only shame. I haven't seen my father or brother for four years. My brother for longer – I don't talk to him right now. War makes people sick. I'll see my dad in September.

There are people here at the summer school from all parts of Ukraine, and they all have their own opinions about what happens in the East. But I'm just here to listen. I don't want to argue with anyone.

We're talking about techniques to use, asking questions and listening. I want to use these techniques, but in my family first. That's where things start. We talked about speaking about what made us, and that was a difficult question to answer. What made me. I know that my father and brother, they made each other. I think that they both feel bad about it but they still won't communicate. They don't know how. Being able to say what made you is powerful, and I think that if I could mediate between them maybe they would talk again.

I didn't want to tell this story because maybe the others wouldn't understand. I've never told it to anyone before. But you're a collector, right?
Evgeny Burlaka participated in the NCPD summer school in June 2018.

Josh Nadeau is a freelance writer and dialogue facilitator. He participtated in the NCPD summer school in June 2018.
Previous
Letting Go Of The Right Answers
Next
Dialogue and Peacebuilding